Wyoming is a large, mountainous state in the Western United States. It’s the 10th biggest state in the United States in terms of size, but ranks dead last in population. The capital of Wyoming is Cheyenne, which is also the biggest city in the state.

Wyoming is one of two states that is drawn as a rectangle on most maps, along with Colorado. In reality, that’s slightly inaccurate due to the curvature of the Earth. So in reality Wyoming is a trapezoid that is nearly rectangular. 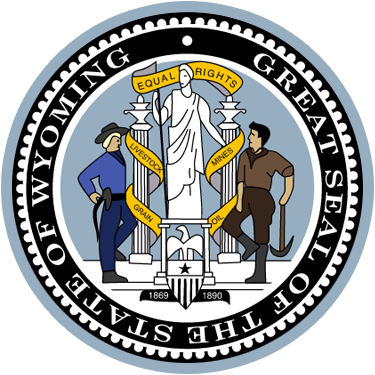 As a result, tourism accounts for a large percentage of Wyoming’s economy, generating more than $2 billion a year in total revenue. Millions of people visit Wyoming every year to see the national parks, as well as Independence Rock. It’s an enormous granite outcropping that is 130 feet high and stretches nearly 2,000 feet in length and more than 800 feet in width. As such, it was a landmark on many of the trails passing through the state, including the Oregon trail. In addition, mining for minerals is an important industry. Mining brings in about three times as much money for the state as tourism does.

Schools in Wyoming that Offer a Master of Public Administration

The University of Wyoming is the only university in the state that has a Master of Public Administration degree, but it is not accredited by the National Association of Schools of Public Affairs and Administration. As a result, those living in Wyoming will either need to relocate or use an online option if they want to pursue their degree through an accredited institution.

Fortunately, online options have become a lot more prominent in recent years. In addition, they’re not frowned upon like they once were as long as they come from a respectable program.

The campus of the University of Wyoming is in Laramie, where about 14,000 students are pursuing various degrees. It’s a public school and the sports teams nicknames are the Cowboys and Cowgirls.