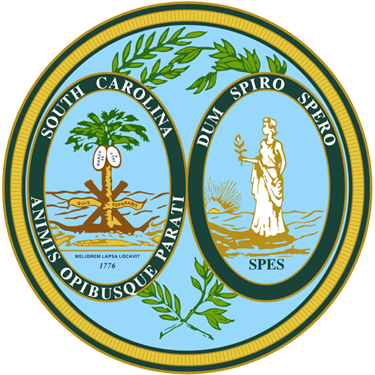 South Carolina was the first state to sign the Articles of Confederation and the first to secede from the Union during the Civil War. It was re-admitted in 1868. South Carolina still flew a confederate flag over its state capitol from 1962 to 2000, when it became the last state to remove the flag. It was presumed to be placed over the state capitol as a protest against desegregation of schools. Even after removing it from above the capitol building, the state began flying it at a nearby monument that honored soldiers who were killed while fighting for the Confederate side in the Civil War. This has caused several organizations to boycott the state economically.

Tourism is a big money maker in South Carolina, with many tourists flocking to the state’s coastline to places like Myrtle Beach and Hilton Head Island.

Industrially, textiles are a big part of the state’s economy, which also relies heavily on military bases. In an effort to attract more corporations, South Carolina has lowered many of its local tax rates, or gotten rid of them entirely.

Schools in South Carolina that Offer a Master of Public Administration

There are two colleges in South Carolina that have a Master of Public Administration program, both of which are accredited by the National Association of Schools of Public Affairs and Administration.

The University of South Carolina and the College of Charleston are the two options.

The University of South Carolina is a large public school with more than 45,000 students in the entire school system, approximately 31,000 of which are on the main campus in Columbia. The school was established in 1801 and is often recognized as one of the top public universities in the country.