Oregon is the ninth largest state in the United States and is located on the Pacific Ocean in the Northwest of the country. Oregon is bordered to the North by Washington and to the South by California and Nevada. Idaho borders Oregon to the East.

Nearly 4,000,000 Americans call Oregon home, which leaves it 27th in the country in terms of population. The capital of Oregon is Salem, but Portland is its largest city. 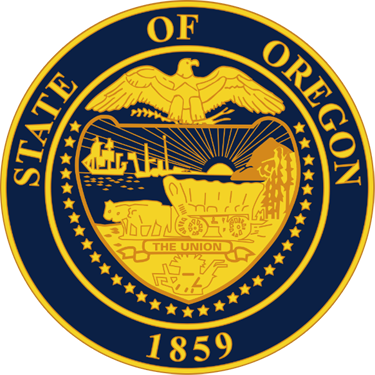 Oregon is a unique state, with coastline along the Pacific Ocean, the Cascade Mountain Range, and a variety of waterfalls and forests making up the natural landscape. Crater Lake National Park is one of the major tourist destinations in the state.

While Portland is a large city, it has only one major league professional sports team, the Portland Trail Blazers. There are no Major League Baseball, National Football League or National Hockey League teams in Oregon.

One of the biggest companies in the state, though, is Nike. The sportswear and sports gear manufacturer is located near Beaverton, Oregon and is the largest public corporation in Oregon. It is nearly twice as big as the next biggest, which is Precision Castparts Corporation.

Interestingly, donations from Nike have played a big role in elevating the football program at the University of Oregon into one of the top programs in the country almost every year. In return, the Ducks often sample new Nike uniforms, wearing different styles almost every week during the season.

Schools in Oregon that Offer a Master of Public Administration

The University of Oregon is one of the best schools in the Pacific Northwest, one of only two members of the Association of American Universities in the region.

Portland State University is another large college in Oregon, with almost 30,000 students located in Portland. A public university, Portland State was founded in 1946. Nearly 6,500 of its students are pursuing postgraduate degrees.