North Carolina is a state in the Southeastern United states that is experiencing population shifts that lend to it becoming less and less identified as a true Southern state. North Carolina is sandwiched in between Virginia and South Carolina to the north and south respectively. The Atlantic Ocean forms its Eastern border, while Tennessee borders to the West. A small portion of North Carolina’s southwestern border is with Georgia. 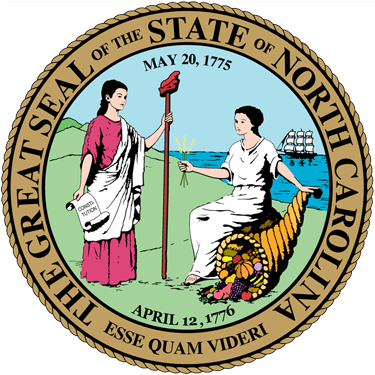 Raleigh is the capital of North Carolina, but Charlotte is its largest city. While it doesn’t have any enormous cities, there are a number of mid-sized cities in North Carolina including Raleigh, Durham, Greensboro and Winston-Salem. As such, it is the 10th most populous state in the United States. Though it has a long history as a Republican strong hold in presidential elections since 1968, in recent years it has become more and more of a battleground state.

Schools in North Carolina that Offer a Master of Public Administration

There are also a few programs that do not have National Association of Schools of Public Affairs and Administration accreditation, such as the University of North Carolina at Pembroke and Western Carolina University.

The University of North Carolina at Chapel Hill is known by many other names, including UNC, Chapel Hill, North Carolina or Carolina. It’s a public school with nearly 30,000 students. Approximately one-third of the University of North Carolina’s students are postgraduates. Well over 75 percent of its students are in-state residents, so UNC has a reputation of being very difficult to get into from out of state. It’s an old school, tracing its history back to 1789. UNC has one of the top basketball teams in the country, and its most famous former student is Michael Jordan, arguably the greatest basketball player of all time.

North Carolina State University is another public school, located in Raleigh. NC State, as it’s known, has nearly 35,000 students. Almost 10,000 of its students are postgraduates. An old school in its own right, North Carolina State was still founded nearly 100 years after UNC, in 1887.