New York is a very diverse state, which is of course most recognized for the sprawling metropolis that is New York City. Frequently seen in movies, television shows and represented in music, New York is the biggest city in the country.

Obviously the New York City area and the region around it is dominated by the city and has an urban feel, but upstate New York is vastly different, with many rural residents. 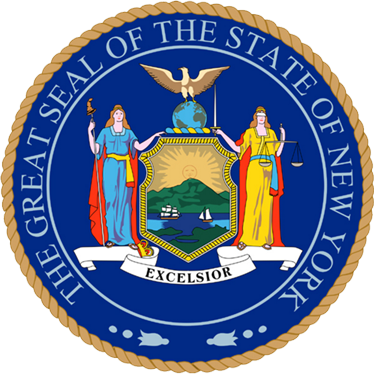 New York is known as “The Empire State,” which is represented by the Empire State Building in Manhattan. Obviously New York City is the biggest tourist destination in the state, but many also enjoy the Long Island beaches and Niagara Falls near Buffalo.

Schools in New York that Offer a Master of Public Administration

Syracuse University is a large private school in upstate New York with more than 20,000 students, including more than 6,000 postgraduate students. Located in the city of Syracuse, the university was established in 1870. The architecture on the campus of Syracuse University stands out, with a mixture of new designs and Romanesque buildings from the 1800s. Syracuse is a highly ranked university and it has one of the top basketball programs in the country, known as the Orange.

New York University is a very large private school in Manhattan. NYU, as it’s known, has nearly 40,000 students with almost half of them postgraduates. It was established in 1831 and has many distinguished alumni, including 36 Nobel Prize winners.