New Jersey is a small, densely populated state along the East coast of the United States. It is bordered by New York, Pennsylvania, Delaware and the Atlantic Ocean. Despite being the 47th largest state, New Jersey has the 11th biggest population in the country and is the most densely populated state in the United States. Northern New Jersey is part of the sprawl surrounding the metropolis of New York, while some of the suburbs of Philadelphia are located in Southern New Jersey. 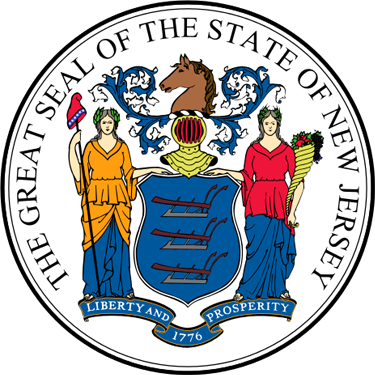 The Jersey Shore is a popular summer destination for people living within approximately 180 miles, due to its variety of beaches.

Seton Hall University is a private school in northern New Jersey with approximately 10,000 students in all. A little under half its students are pursuing a graduate degree. Seton Hall University is affiliated with the Roman Catholic church and was founded in 1856. The Hall, as it’s sometimes called, is located in South Orange, New Jersey. For a small school, Seton Hall has a good history of athletic programs based in the Big East conference. The Pirates basketball team has seen better days, but was once a strong program.

Rutgers University at Newark, also known as The State University of New Jersey at Newark, is a public research university that has about 12,000 students total. Just over 4,000 of its students are going after graduate degrees, while more than 7,500 are in pursuit of an undergraduate degree. While the main Rutgers campus in Piscataway and New Brunswick does not offer a Master of Public Administration, the Newark campus does.

So does the Camden campus in Southern New Jersey, which has about 6,000 students, including more than 1,600 undergraduates.