Nebraska is a plains state in the Midwest, sandwiched in between South Dakota, Iowa, Missouri, Kansas, Colorado and Wyoming. Nebraska’s capital is Lincoln, while Omaha is the biggest city in the state.

Nebraska has been a state since 1867 and is the 16th largest state in the country, despite having only the 37th largest population. Nebraska’s population has a great deal of German-Americans and Czech-Americans. The state is split across two time zones, with most remaining in the central time zone and some moving into the Mountain zone. 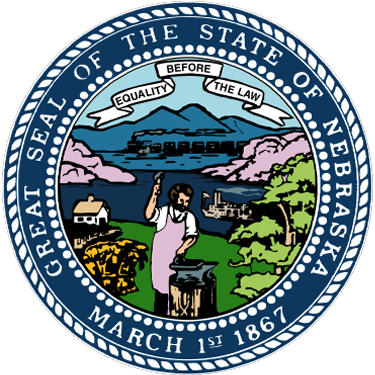 Due to its location on the Great Plains, Nebraska is a large producer of beef, pork, coin and soybeans. It’s a rural state, made up of wide open spaces and farms, keeping it one of the least densely populated states in the country.

The most famous resident of Omaha has to be Warren Buffett, who is one of the richest men in the world. His company, Berkshire Hathaway, is headquartered in Idaho. Omaha is known as an affordable city and has a lot of white-collar jobs that are built on knowledge.

Nebraska has no professional sports team in one of the major leagues, but does have the University of Nebraska Cornhuskers football team, a great source of state pride in Nebraska.

Schools in Nebraska that Offer a Master of Public Administration

The University of Nebraska at Omaha is the only school in the state that offers a Master of Public Administration. The program is accredited by the National Association of Schools of Public Affairs and Administration.

The University of Nebraska at Omaha is typically known as a commuter school, though it does have student housing.

For those who do not live close enough to Omaha to commute in for their classes, there are also online options that can be accessed from anywhere. Some of them are even accredited by the National Association of Schools of Public Affairs and Administration.