Michigan is the 11th biggest state in the country and is best known for its location along the Great Lakes. In fact, the name of Michigan is derived from words meaning “large water” and “large lake.”

Located along four of the five Great Lakes, Michigan has the longest freshwater coastline in the world, when compared to other political subdivisions. That leas to some not so surprisingly recreational activities in the area, such as boating and fishing. There are nearly 65,000 lakes in Michigan. That is part of the reason that nobody is ever standing more than six miles from a natural water source. 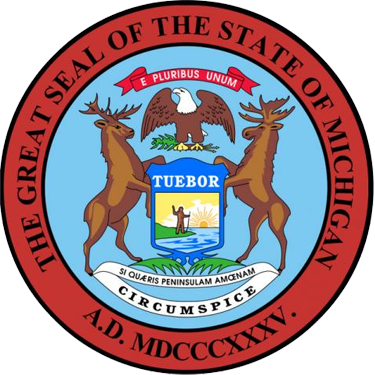 Lansing is the capital of Michigan, while Detroit is the largest city. Detroit has a long reputation as the center of American vehicle manufacturers, and has been a bit resurgent in this regard in recent years. Detroit is also known as one of the cities that was hit hardest during the economic struggles of the last 10 years.

Michigan has a relatively large population of nearly 10,000,000 people, making it the ninth most populous state in the country. It’s the 26th state in the Union, having been brought in back in 1837.

Schools in Michigan that Offer a Master of Public Administration

Western Michigan university is a public school with about 20,000 students in Kalamazoo, Michigan. It is home to more than 5,000 postgraduates, and was founded in 1903.

Wayne State University is a bit older, tracing its history back to 1868. It’s also a public university with nearly 30,000 students. Wayne State is located in Detroit, Michigan.

Oakland University is another public school that was established relatively recently in 1957. There are nearly 20,000 students at Oakland, including more than 3,000 postgraduates.

Grand Valley State University was established in 1960, and has nearly 25,000 students. More than 3,000 of them are postgraduate students.

Eastern Michigan University has more than 23,000 students, including almost 5,000 postgraduates. EMU is in Ypsilanti, Michigan. It’s a public school that was established all the way back in 1849.