Maine is the most Northeastern city in the United States, bordering New Hampshire to the West and Canada to the North. Maine is well-known for its lobsters, which are caught off the waters of the state and brought to local ports. It’s locally caught lobsters are tough to beat in terms of quality or price.

Augusta is the capital of Maine, but Portland is its largest city. Miane is the 39th largest state in the country and the 41st most populous. It is home to some amazing wildlife and rugged terrain, including many mountains. 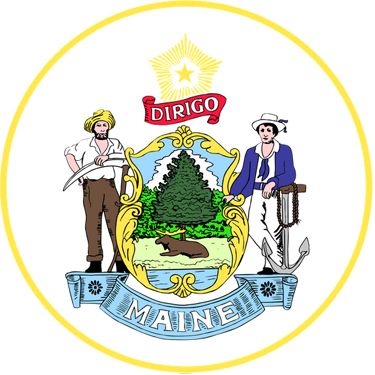 Acadia National Park highlights some of the national beauty in Maine. As the largest city, Portland is an interesting town nestled along the water with some quality restaurants and nightlife. Still, Portland is a relatively small city compared to some of the metropolises in other states.

The state has a reputation for electing moderate candidates to national office, even if they fall under the Democrat or Republican party.

During summers in Maine, temperatures tend to stay in the 60s and 70s on average, while the winters can get quite cold, dipping down to the single digits on cold days and at night.

Kennebunk, a town South of Portland, is well known for being the location where the Bush family, including former presidents George H.W. Bush and George W. Bush, spends time in the summers.

Schools in Maine that Offer a Master of Public Administration

The University of Maine is the only college in the state that has a Master of Public Administration program, but unfortunately it is not accredited by the National Association of Schools of Public Affairs and Administration.

The University of Maine has a respectable number of students, totaling approximately 11,000. Most of them are undergaduates, though, with nearly 8,500 undergraduates and only about 2,500 postgraduates. The University of Maine is located in Northern Maine in Orono, a rural town. The area gets bitterly cold winters and a lot of snow, and is approximately 135 miles from the closest reasonably sized city (Portland).

The University of Maine is a public flagship university that was established in 1865. Some of its famous alumni include U.S. Senators Olympia Snowe, Styles Bridges and numerous former governors.

Due to its location in extreme North Maine, the University of Maine tends to get short, dark days during the winter. Weather in the summer is much more pleasant, as Maine has a comfortable climate during the summer.