Georgia was the fourth state to sign the United States Constitution and is today the 24th largest in the country in terms of area. Georgia has the eighth largest population in the country, largely due to its largest city and capital, Atlanta.

Atlanta is the ninth largest metropolitan statistical area in the United States, and a large hub in the Southern United States. Since Florida is often considered a less Southern state in terms of culture than Georgia, Alabama, Mississippi, South Carolina, Louisiana and Arkansas, for example, Atlanta supplants Miami as by far the largest Southern city along the East Coast. 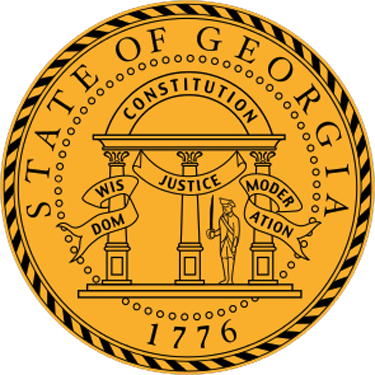 Georgia is known as the “Peach State,” due to the prominence of the Georgia peach agriculturally. For parts of the last decade, it has been one of the fastest growing states in the country, along with Texas.

Schools in Georgia that Offer a Master of Public Administration

The University of Georgia is the best-known school in the state, due to its prominent football program. The Bulldogs play in the Southeastern Conference, and they’ve won five national titles dating back to 1927, but none since 1980. The University of Georgia is located in Athens, Georgia, and has about 35,000 students. Around 8,000 of UGA’s students are postgraduates. UGA is one of those rare schools that has an excellent reputation academically in addition to a stellar athletic reputation. It’s recognized by many as a “Public Ivy,” and is currently considered the 21st best public university in the U.S. News and World Report.

Georgia State University is another large school, located in Atlanta, Georgia. The school has more than 30,000 students, including about 8,000 postgraduates. The cities location in a large city gives its students great opportunities to connect with local politicians and businesses. Georgia State was established in 1913 and offers more than 250 different degree programs in eight colleges.