According to the California State Controller’s Office, as of November 2013 there were 220,119 total active state employees. If a person is interested in joining these ranks, this page contains plenty of useful information to help one obtain that goal. Also, the State of California provides prospective employees with a comprehensive website (https://jobs.ca.gov/). 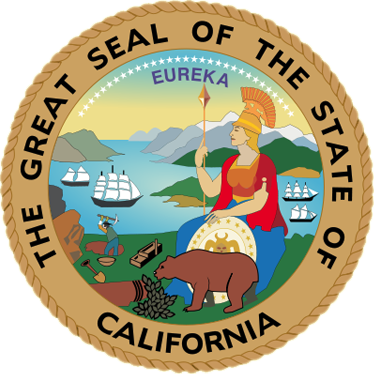 A college degree is not necessarily required in order to become a public servant. Of course, that depends upon the qualifications of the particular job vacancy you are interested in pursuing. Still, there are far more career opportunities for someone with a minimum of a bachelors degree. All other things being equal, the person with the degree has the edge over the competition. A degree also opens up advancement opportunities. Below are some of the colleges that offer degrees in public administration in California:

Schools that Offer a Master of Public Administration in California

California State University has a total of 435,000-plus students, including more than 56,000 postgraduates, spread out at 23 different campuses. The main campus is in Long Beach, which is one of the locations that has an accredited Mater of Public Administration program. California State was founded in 1857 as a public university system and has an endowment in excess of $1 billion.

The University of Southern California has been in existence since 1880 and has nearly 40,000 students including more than 20,000 postgraduates. It’s an urban campus in Los Angeles, and is a private university. It’s the oldest private research university in California. It’s also home to one of the most successful football teams in the country, as the Trojans have laid claim to 11 national titles and won 31 bowl games.

Not everyone is a great test-taker, so preparation is the key to success when it comes to a California state job exam. The California Department of Parks and Recreation has a great page on their website (http://www.parks.ca.gov/?page_id=26106) that has examination preparation tips. Even though the suggestions listed are primarily based on test-taking experience in their department, these tips on the aforementioned page make sense for any California state job exam.

In order to be prepared for a California state job exam, the first order of business is to ensure that you are familiar with the requirements of the job vacancy. Make sure this is not just a passing familiarity; research these requirements thoroughly, since you are going to be tested on your knowledge in this area. Also, make sure you get to the test location with plenty of time to spare. This will give you the opportunity to get in the right frame of mind for the test.

Wearing a watch is also highly advisable. Many of the California state job examinations are timed, so knowing where you stand will help you to progress through the questions in a timely fashion. This may also put you in a position to finish early, so you can go back and check for errors. Having said that, make sure that you skip the questions that you are unsure of during your initial run through and come back to them later. Lingering over those questions that are giving you trouble will only put you into a situation where you have to rush through the rest of the test, which can compromise the accuracy of answers you give on questions that you know well.

The below online resources will help you along your path to a career in public administration in California:

California is the third largest state in the United States and the country’s most populous state. Its capital is located in Sacramento, but Los Angeles is the largest city in the California and the second largest city in the country, trailing only New York in terms of sheer population. Los Angeles has nearly 4,000,000 residents, while New York has over 8,000,000. Considering these facts, there are a number of career opportunities for those residents interested in public administration in California.