Alabama is the 23rd most populous state in the United States of America, home to nearly 5,000,000 people as of 2015. It’s capital city is Montgomery, but its largest city is Birmingham.

While Alabama is nicknamed the Yellowhammer State, due to its official state bird, it’s better known as the “Heart of Dixie.” That is tied into Alabama’s history of being one of the core states in the Southern United States, along with Mississippi, Georgia, South Carolina, Tennessee and Louisiana. Dixie is a nickname for the Southern United States. 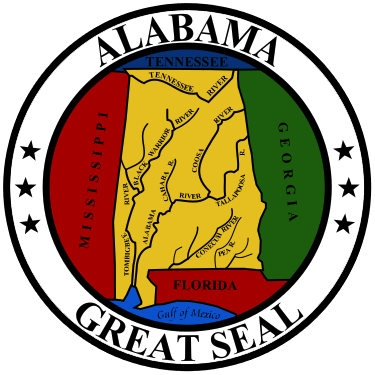 The state is split in the Central and Eastern time zones, but most of the state is on Central time. With no major professional sports teams based in Alabama, college football is king and the University of Alabama football team is a big symbol of state pride.

Schools in Alabama that Offer a Master of Public Administration

Auburn University at Auburn has approximately 20,000 undergraduates and 5,000 graduate students and has a rich history as a university, going all the way back to 1856. It’s sister school, Auburn University at Montgomery, is home to about 5,000 students, of which around 800 are postgraduates. It’s been around since 1967.

The University of Alabama at Birmingham, which is also known as UAB, is a sizeable school with 11,000 undergraduates and more than 6,000 postgraduate students. It was established in 1936 and became autonomous in 1969.

Troy University was established in 1887 and is a lot bigger than most people realize, with 23,000 undergraduates and nearly 7,000 postgraduate students.

The non-accredited program is at the most well-known school in the state, the University of Alabama’s main campus in Tuscaloosa. The flagship university of the state has been in business since 1830 and is home to approximately 28,000 undergraduate students and 5,000 postgraduates.