The opportunities available to those individuals that plan on pursuing a career in public administration are virtually endless. And, when you think about the number of people required to efficiently run even a small municipality, it is not difficult to understand why so many individuals decide to become a public servant. Obviously, one of the first places someone with a public administration background will look to for employment will be the government, but not necessarily the federal government. 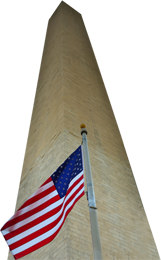 Holzer and Schwester (2011) share that the “federal government, while the largest single government employer, employs far fewer people than the combined state and local governments throughout the nation” (p. 11). Working for a state or local government is appealing to many in public administration, since …[t]here are plenty of opportunities in the private sector for individuals with a public administration background”it may give an individual the opportunity to make a difference in the community in which he or she was raised.

As we have already established, there will always be job opportunities provided by federal, state, and local governments. In fact, Milakovich and Gordon (2012) explained that the “number of civilian jobs in the national government often outnumbers the pool of available applicants” (p. 294). Also briefly mentioned earlier, there are certain skills that MPA graduates possess that are very desirable to corporate and non-profit organizations. When it comes to initiatives that involve focus on public concerns, such as fund-raising efforts and establishing charitable foundations, individuals with a strong public administration background will be highly coveted.